You are not connected. Please login or register

Posts : 21
Join date : 2010-09-10
Server : Fabul
Nation/Race : Gridania/The Little Ones
I've been playing a botanist for the past few days and would like to share my experience and some of my educated guesses with ya'll. I plan on being a carpenter and weaver when the game releases and one point of difficulty in beta has been acquiring wind crystals. Now, the Eorzea Pre-Live event revealed some info regarding your elemental stats; in that is that your

Elemental: Affects the type of crystals that can be obtained during gathering

Theory #1
So I wanted to see exactly how this works. My educated guess after playing two different characters with different emphasis on deity and elemental stats is that you have a chance to acquire two types of crystals. 1 is based on your deity alignment and the other is based on your highest elemental stat. This is mostly based on playing a character that started off aligned to a deity that is earth based and then raising his wind elemental stat to 40. The character is botanist 7 and physical 5 and has acquired nothing but wind and earth crystals from logging. I haven’t fought a single mob, nor have I harvested (which is using a scythe to harvest from plants). The character currently has 34 wind crystals and 20 earth crystals. At first I was acquiring more earth crystals than wind crystals, but that changed shortly after my wind elemental stat improved after a couple of levels.

Theory #2
My second thought is that your choice of deity has an even greater emphasis on the type of crystals you obtain and is geared towards your affinity or counter. I chose a deity that is affiliated with earth. Wind counters earth. As I improved my wind elemental stat, I acquired more wind crystals with greater frequency. If I improve my earth elemental stat, I will acquire more earth crystals. For this theory to be true the test required is to raise a stat that has no relation to your deity; such as fire. If I were to raise my fire elemental stat to 40 and still acquired nothing but earth and wind crystals, I’d say this theory is pretty accurate. If however, you raise your fire stat to 40 and start acquiring fire crystals, then the first theory is probably true.

What is the deal with NOTCH?
When you go to log a point you will first set your notch. This is a vertical sliding scale that you can adjust anywhere you like. Here is what I’ve concluded from the basis testing I’ve done.

Now I haven’t done nearly enough testing with clearly defined variables and controlled environments and what not to guarantee these findings are 100% accurate. This is just my inference based on observations made in game after messing around for a few days and trying various stuff. There is the possibility that there are factors I’m overlooking that are affecting the outcome because FFXI was notorious for tossing in stupid BS like that. 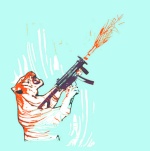 Posts : 40
Join date : 2010-07-15
Server : Fabul
Nation/Race : Uldah/Lalafell
Hey Emp, I was searching botany online today and I found something out about notch - might be old news though.


It is now up to you to find the sweet spot in the notch you selected. Is it up high on the notch? Is it in the middle? In order to make a successful attempt you must find that spot and hit it. Sometimes you have to even hit it twice. Lucky for you, you get hints on how close you were and your last cursor turns blue to help you remember where you have been. This would be pretty easy if not for the fact that you have a “Remainder” meter. Each swing takes a portion of this away. This gauge for 3-5 swings which is completely random from attempt to attempt.

Posts : 21
Join date : 2010-09-10
Server : Fabul
Nation/Race : Gridania/The Little Ones
Ya, that information is pertaining to the CHOP mini game that takes place after you select your notch. It plays out like hot/cold and you have to randomly guess where the correct spot to cut is within 3 - 4 swings of your axe. If your really lucky you can hit it in one swing if you pick the right spot, but generally it takes 3 or 4. It's a pretty easy minigame and I generally acquire an item. As far as I can tell where you choose to make your notch has no effect on how successful your chop attempts will be. The only other thing I'm unsure of is what effect a better axe will have on this whole process.

Posts : 5
Join date : 2010-09-18
In regards to theory #2 (not sure what exactly you're proposing with this theory) in this game wind does not erode earth, water erodes earth earth. Wind extinguishes fire. Unlike XI there are two elemental wheels. wind > fire > ice & water > earth > lightning

Hopefully this will shed some light on your research